Used by Ed Wright during the
2010 Gold Cup world championship

Ainslee has moved into first place by the smallest margin with a one point lead. Zach Railey keeps the USA at the top of the fleet in second place. Guillaume Florent for France has moved into third. USA has an eight point lead on France.

"Since the score is so close, it's becoming very difficult to sail tactically," said AINSLIE. While Ben Ainslie is still in lead for Great Britain, Zach Railey is keeping the USA in a close second. Guillaume Florent is holding third for France.Race 8 was called off due to light air. The last three races will resume on Friday the 15th when conditions are expected to improve.

Twenty six Finn sailors compete for the Gold in Quindao China. After the first two races Zach Railey puts the USA in Second Place. Rafal Szuklel for Poland is in First and Ben Ainslle is in Third for Great Britain. 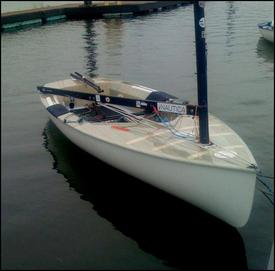 High seas and strong 15 knot breeze set the stage for the Medal race. Ben Ainslie of Great Britain took the Olympic Gold Medal. His Closest rival Zach Railey brings the silver home for the USA while the bronze goes to Guillaume Florent of France. 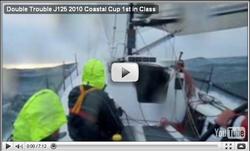 He confirmed the Lashing Eye system Glenn Hansen designed for the Olympic class dinghy is really cool. He is using one on his own Finn.

It paid off during the 2010 Finn Gold Cup world championship. 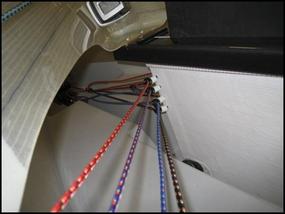 The Finn class has started the professional sailing careers of multitudes of great sailors including Paul Elvstrom, Russell Coutts, John Bertrand, Freddy Loof, Ben Ainslie and Jochen Schumann to name just a few.  The Finn is a very difficult boat to set up and sail really well at this level. 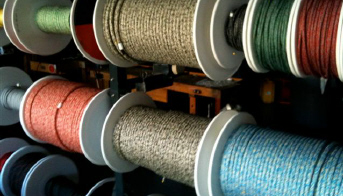 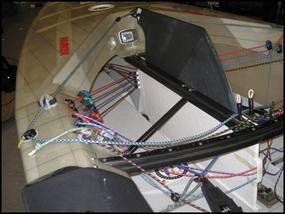 USA In The Lead

Zach Railey finishes two races in second place on Sunday pushing the USA into first place for the Finn Fleet. Ben Ainslle places second for Great Britain and Christopher Cook is in third for Canada.

This is not Finn sailing, but we
​know how fanatic the class is about intense racing.

The video speaks for itself